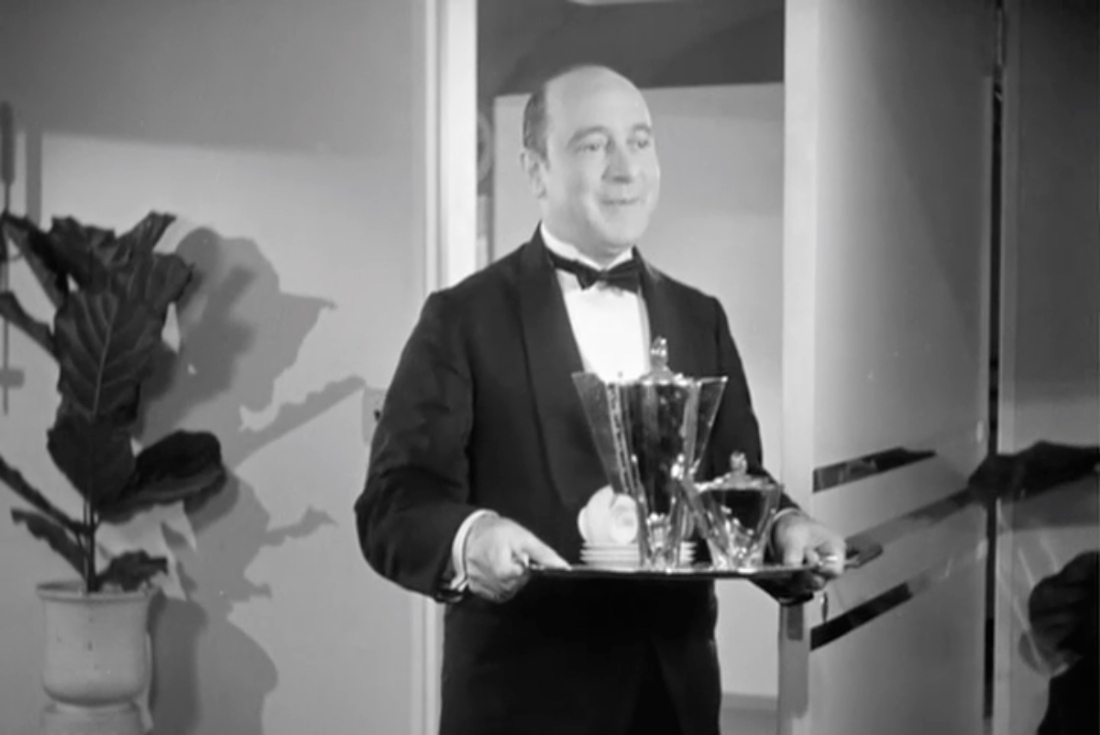 What a Character: Eric Blore 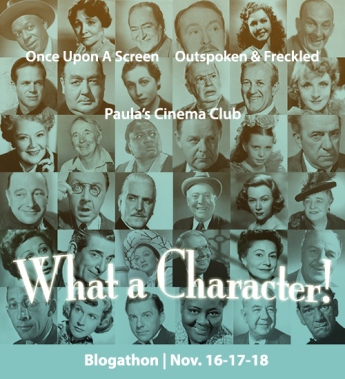 This is my entry in the 3rd annual What a Character! blogathon hosted by the wonderful blogs Once Upon a Screen, Outspoken and Freckled, and Paula’s Cinema Club.

This blogathon celebrates character actors who rarely starred in films but made an enormous impact in smaller roles. Be sure to check out the other posts in the blogathon!

My character actor is the great Eric Blore, whom you have probably seen and chuckled at in his many incarnations as a perfectly British but somewhat “off” butler or valet.

He was in five Astaire–Rogers films and two Preston Sturges comedies, and he acted with the Marx Brothers (Love Happy, 1950), Laurel and Hardy (Swiss Miss, 1938), and Hope and Crosby (The Road to Zanzibar, 1941) during his two decades and eighty films in Hollywood. 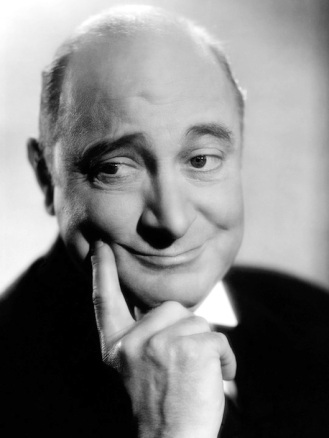 Unless otherwise noted, all images are my own. This one via: http://www.attaboyclarence.com/bygone-heroes-eric-blore/

Blore was born in England in 1887, and he began work as an insurance agent at the ripe old age of eighteen. His passion was performing, though, and after serving in the infantry in WWI he started a career on the London stage. He came to Broadway in 1923, and was a popular addition to musical revues.

His first Hollywood film was The Great Gatsby (1926), but it wasn’t until 1933’s Flying Down to Rio, the first Astaire-Rogers pairing, that he made a big impression.

He also played the protagonist’s goofy valet Jamison in the Lone Wolf series, appearing in eight of the films between 1940 and 1947, and he voiced Mr. Toad in Disney’s animated film The Adventures of Ichabod and Mr. Toad (1949). 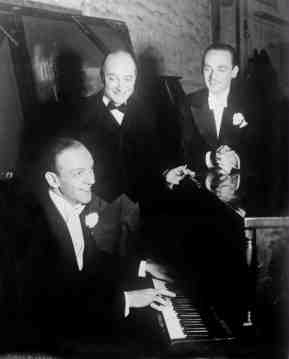 I adore Blore as the capable-sounding but actually silly waiter in The Gay Divorcee, a role he had recently played in the Broadway version with Astaire and Erik Rhodes. Blore’s over-enunciated slapstick wordplay with Edward Everett Horton makes me laugh every time. 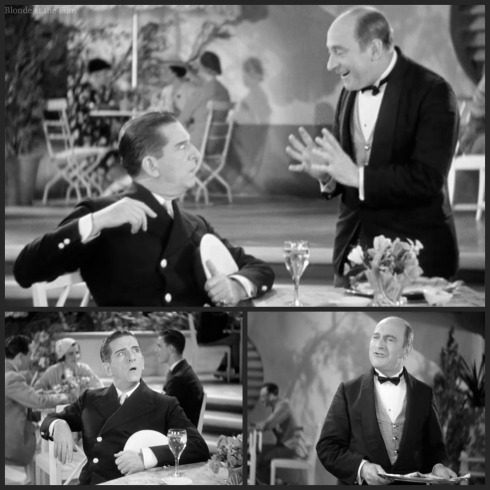 Although Blore doesn’t have much screen time in this film, he steals the show. His cheerful tray-bearing, strolling dance up the stairs during the Continental makes me smile every time. There he is in the bottom right: 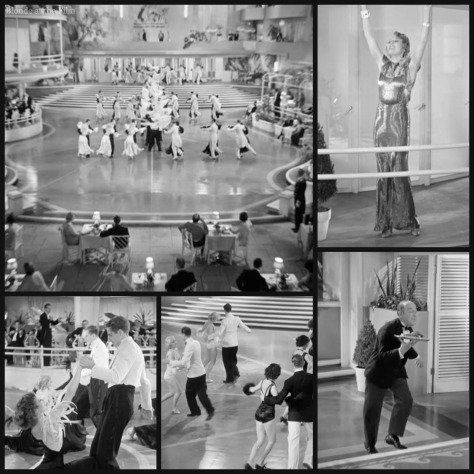 He also holds some very important information that solves the major plot problem, though he doesn’t realize it.

Blore has a very literal understanding of time in this film:

When Sullivan orders some “hobo” clothes from the costume department and skulks around his beautiful bedroom trying them out for his journey, Blore says, “Aren’t you rather overdoing it, sir?” in a timid but spot-on observation.

Then they are both shamed by another uber-British (actually Australian) character actor, Robert Greig, who plays Sullivan’s butler:

And of course a Sturges’ movie isn’t complete without some terrific pratfalls. First Sullivan and the girl end up in the pool, to the astonishment of Blore:

And then Blore proves he’s not just hilarious with dialogue when he takes an amazing fall into the pool when he is trying to rescue Greig.

Next comes one of my very favorite Blore moments. Since Sullivan and the girl want to start their journey that day, the butler calls the railroad station to ask if there are any east-bound freight trains departing that evening. Then he inquires, in his impeccable British accent, if the train carries tramps, and if so, where do they get on? Of course the guy at the station hangs up on him, so then Blore calls back and attempts to get the information in another way.

He ramps up his upper-crust accent and precise diction to pretend that he made a bet with some of the men “at the club” about where tramps board the east-bound train. He’d be ever so grateful if the railroad man would settle the bet by telling him where hobos jump on. And the man does!

“A different approach to the same problem,” Blore says smugly to the butler.

Another of my favorite Blore performances is in The Lady Eve (1941). He plays a con man/cardshark friend of Jean (Barbara Stanwyck) and her father. They meet when Blore is conning the super-rich in Connecticut by masquerading as an English aristocrat named Sir Alfred McGlennan Keith. He has wormed his way into the millionaire set, and an occasional card game with those suckers has him set up quite nicely! 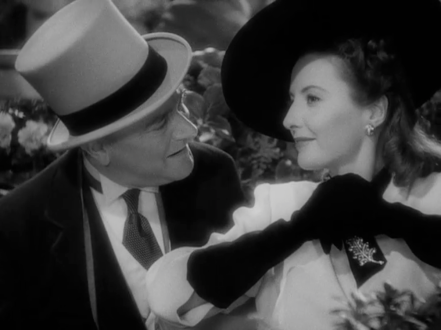 Blore is even more “British” than usual in his caricatured identity as Sir Alfred. He’s even snarkier, too, as he mocks the wealthy morons he’s fleecing. He’s even wearing a monocle.

Later on, his expression of utter dismay as he walks Jean down the aisle is magnificent! 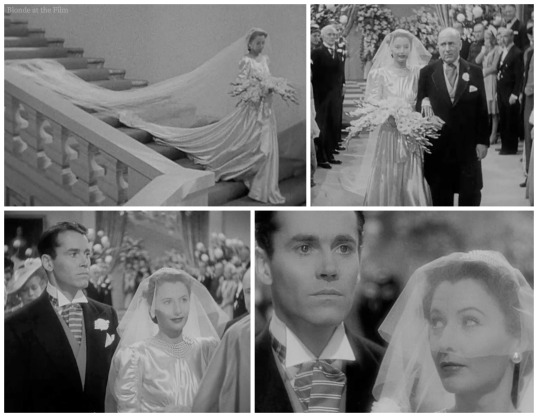 Blore continued acting in small roles with his last credit coming in 1955 in Bowery to Bagdad. In 1956 he suffered a stroke and retired from acting at the age of 69.

But there was more silliness ahead in a Sturges-esque mix-up at the end of Blore’s life. Critic Kenneth Tynan mentioned “the late Eric Blore” in an article in The New Yorker in 1959, but Blore was still alive, and none too happy with the mistake! His lawyer requested that The New Yorker print a retraction, which the magazine furiously and shamefully forced Tynan to do. This was a big deal, as the editor claimed that the magazine had never had to print a correction in its entire history!

So Tynan wrote an apology and the magazine featured it in the next issue, which was published on March 3. That was all well and good, except that on March 2 Blore suffered a fatal heart attack. So on the morning of the 3rd, The New Yorker appeared on newsstands with an apology about erroneously reporting Blore’s death, while the daily newspapers printed news of his actual demise! It’s straight out of the kind of wacky comedy in which Blore excelled.

Thanks to Paula’s Cinema Club, Once Upon a Screen, and Outspoken and Freckled for hosting this great blogathon! To read about other fantastic character actors like Eric Blore, visit the other entries listed here. 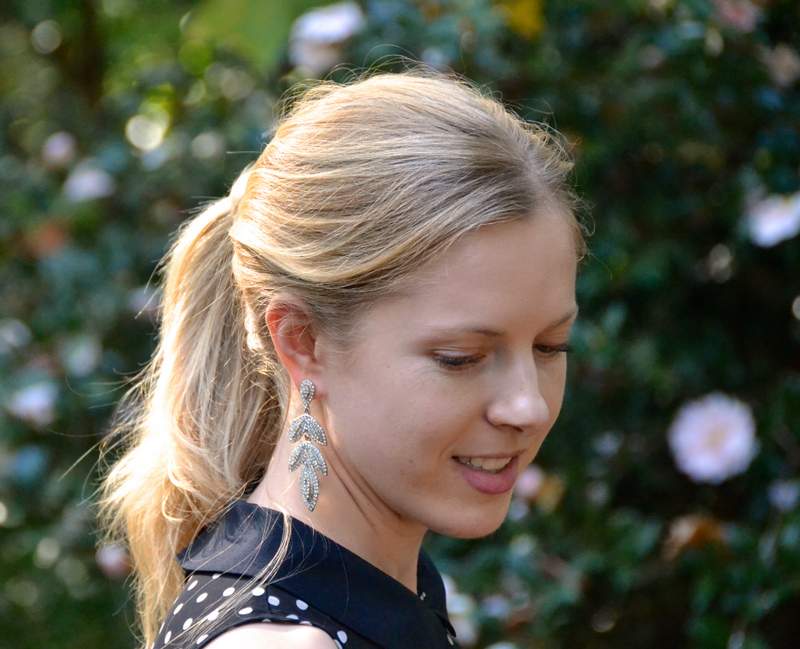 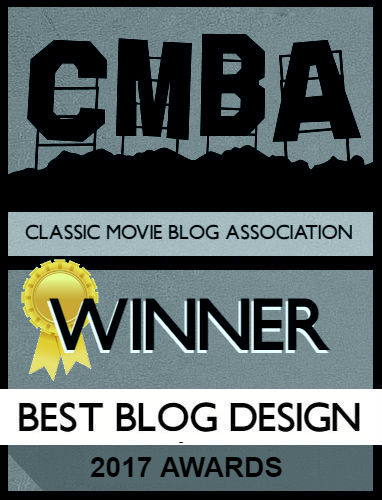 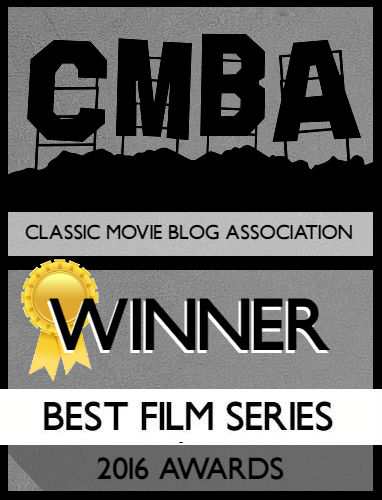 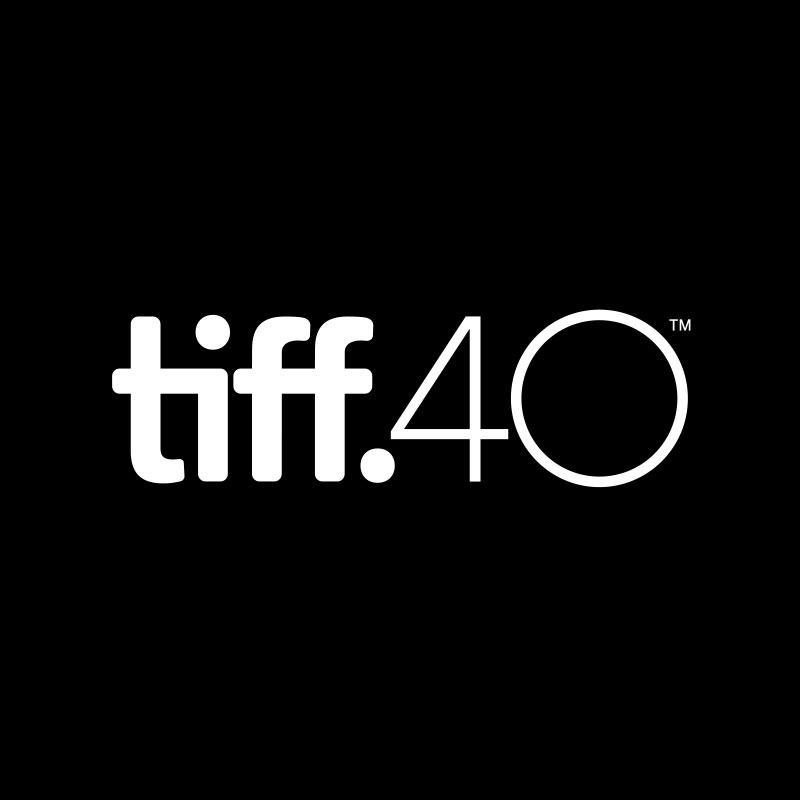 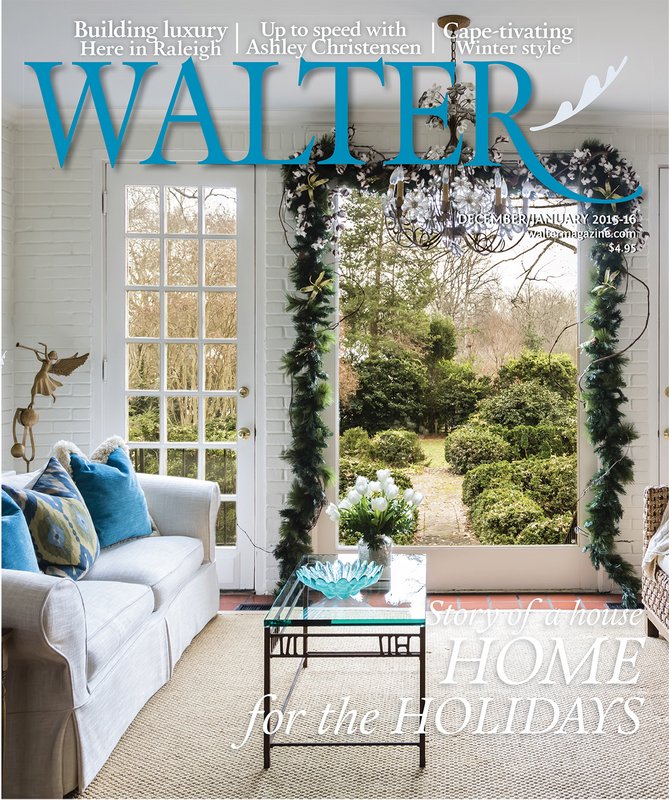 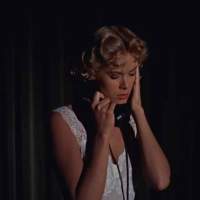 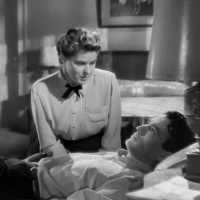 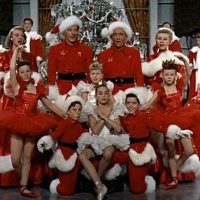 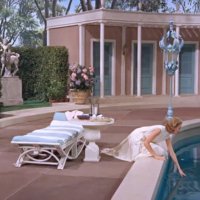 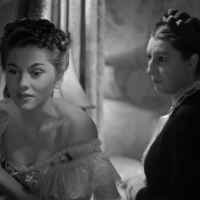 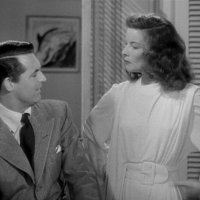 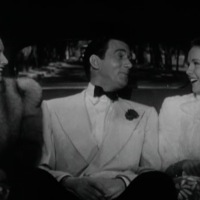 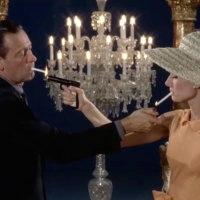 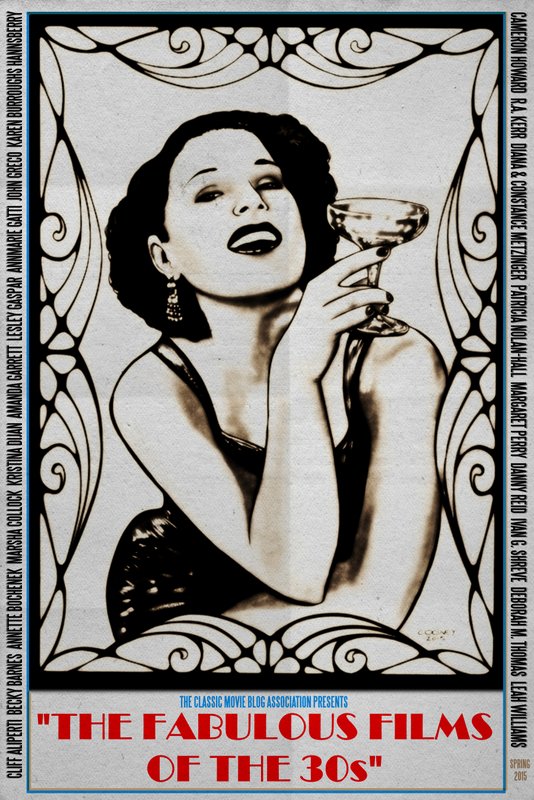 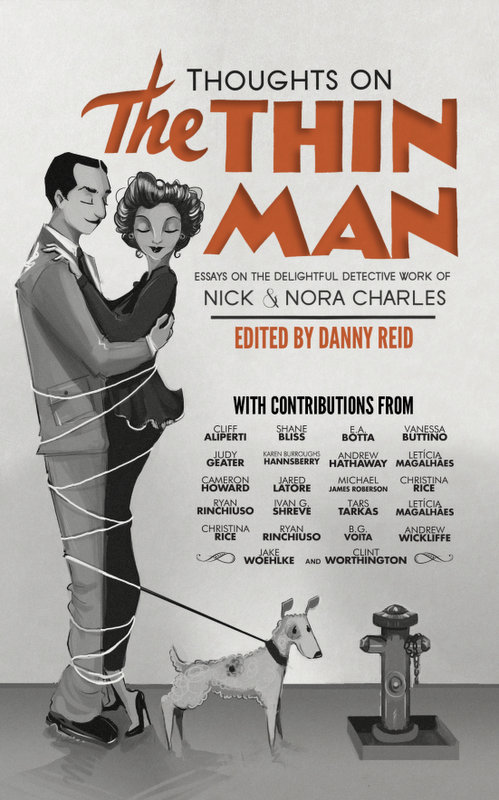 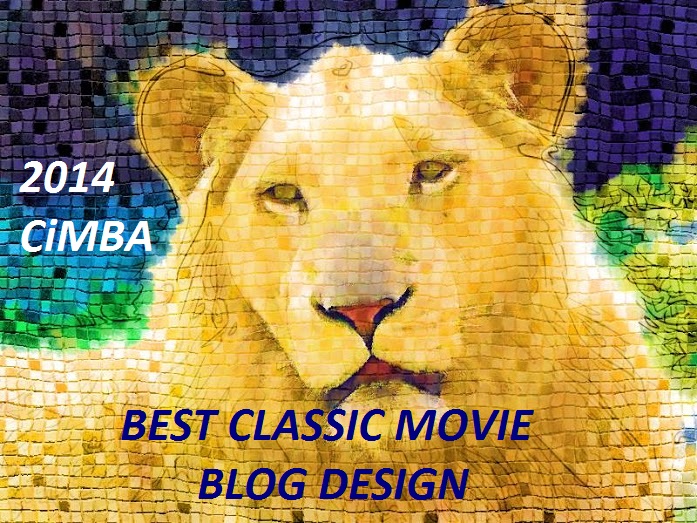